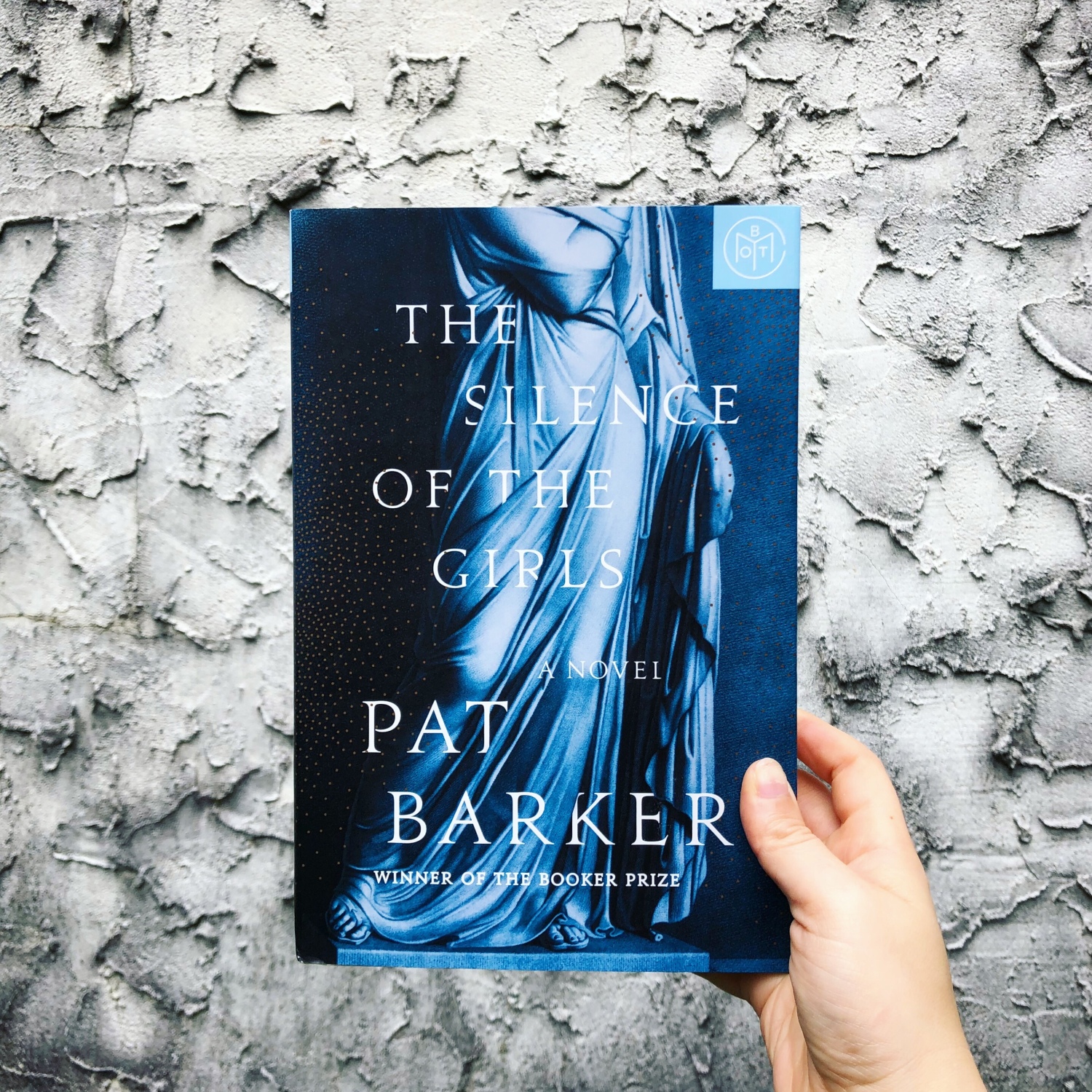 When I saw The Silence of the Girls by Pat Barker as a Book of The Month option, I was immediately excited. I had just finished The Song of Achilles by Madeline Miller and was so enthralled by its story that I could not resist the opportunity to read the tale again from another perspective; a point that turned to be more of a challenge than expected. . .

“The ancient city of Troy has withstood a decade under siege of the powerful Greek army, which continues to wage bloody war over a stolen woman—Helen. In the Greek camp, another woman—Briseis—watches and waits for the war’s outcome. She was queen of one of Troy’s neighboring kingdoms, until Achilles, Greece’s greatest warrior, sacked her city and murdered her husband and brothers. Briseis becomes Achilles’s concubine, a prize of battle, and must adjust quickly in order to survive a radically different life, as one of the many conquered women who serve the Greek army.”

The Silence of the Girls presented a challenge that made me connect with the story in a way I wasn’t expecting. I had picked up the book because the idea of hearing the tale told from the perspective of a Trojan woman enticed me, though, I was not expecting my reaction to this version to be so biased. I found myself wishing I could help Briseis understand what was “really” going on in the minds of Patroclus and Achilles and confirm all the allusions she brushed away. My only wish is that there were a bit more focus on Briseis’s life before the war to help form more of a connection with her character.

The difference in perspective turned out not to be just that of the protagonist, but the author as well. It was as though I was reading my favorite book written by a different person, which in a sense, I was. The second half of The Song of Achilles covers the same timeline of events as The Silence of the Girls but with a contrast that highlighted the difference in the authors’ background. Madeline Miller’s version had poetic and legendary characteristics that made the story feel authentic to her experience in Greek mythology whereas Pat Barker’s background in the history of war spoke true to the harsh brutality of the event.

My overall experience with this book was positive and thought provoking. If you’re a fan of this topic, I strongly recommend reading both books. Though they each hold strong on their own, it is a rare opportunity to hear the same tale from two very different points of view and may even open your mind to questioning perspective in your everyday life.

If you want to read The Silence of the Girls, you can help support this blog by purchasing it through my amazon storefront! ☺️