I happened upon this book by chance while browsing BookOutlet for some new reads. I had no idea how popular it was until posted it to my instagram and was flooded with messages about how great it – and its movie – is. I was blown away by its popularity, how had I never heard of this book before? I was also equally surprised to learn that it’s technically considered middle-grade, something I didn’t realize until I saw the large print and margin – you certainly wouldn’t know it from the synopsis.

Bruno seems to be a typical 9-year-old, he goes to school, comes home, plays with his friends, despises his big sister and like most 9-year-olds, and he’s completely obliviously to the adult world around him – except in 1942 Berlin, that ISN’T typical.

When Bruno returns home from school one day to find their housekeeper packing up his room, he’s confused and angry – where are they going!? They can’t possibly be leaving, all his friends are here! Bruno doesn’t know exactly what his father does but he knows he’s a very important man and they’ll be moving to “Out-With” for his job.

There’s something about reading holocaust stories from different perspectives that fascinates me (It’s part of the reason I loved Lilac Girls so much – all those different points of view) so to hear a story told from the eyes of a child of a high ranking Nazi official was really unique.

I’ve seen a lot of reviews bashing Bruno’s naïveté but I urge those people to keep in mind not just that this child is nine, but that he had no reason to know what was going on around him. While other children his age were living out nightmares, his family was at the pinnacle of safety. His parents had no reason to make him fear his everyday – he had the very fortunate privilege to carry on as a normal child; oblivious to the monsters and hatred that surrounded him.

I’ll admit that the story didn’t captivate me in the same way that an adult novel of the same subject matter would but I have to acknowledge that there is no better way to tell the story of a child than to have it written in the language of one.

I very much admire the author’s ability to bring such a unique perspective to life and recommend the book to readers of all ages but be forewarned that the story will devastate you. 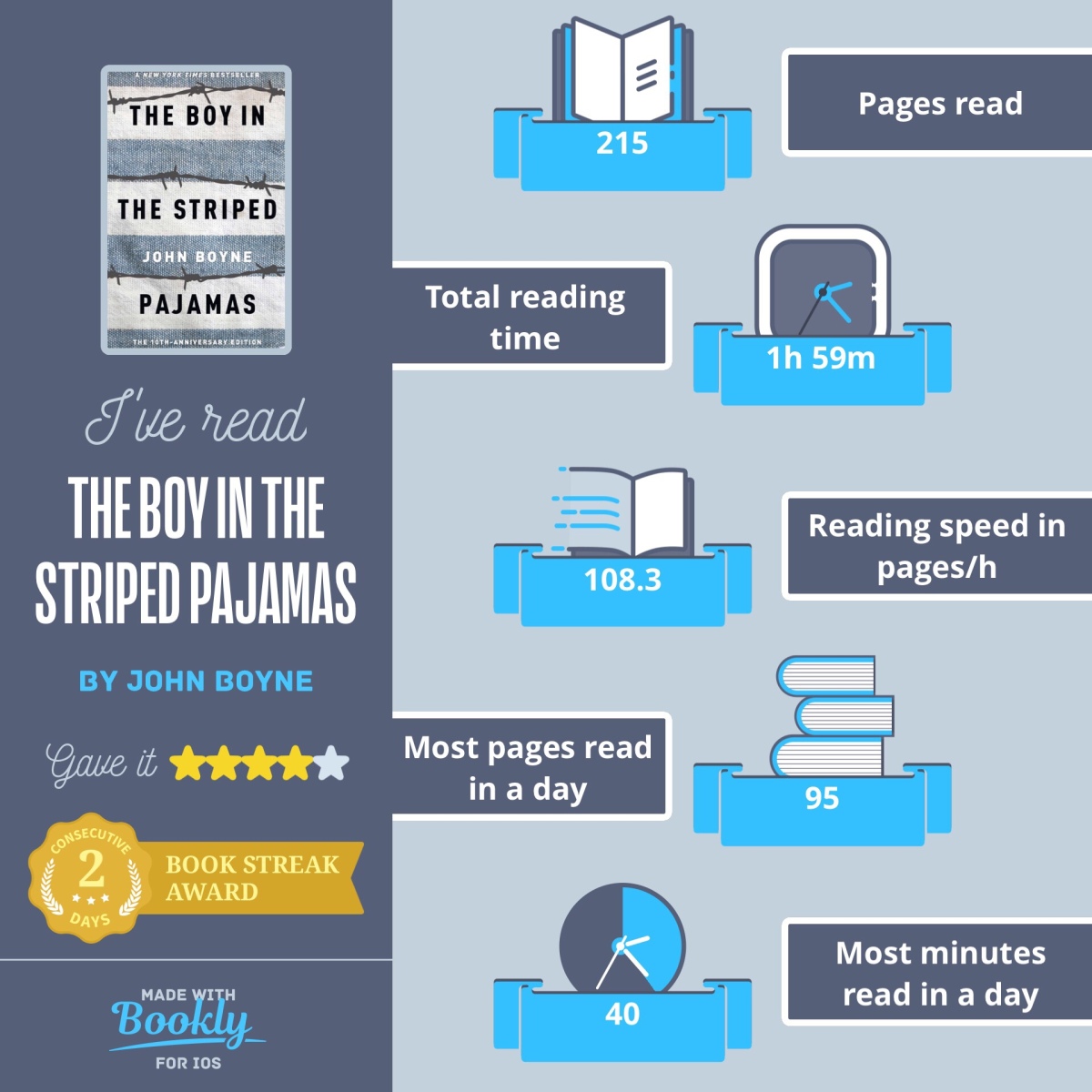