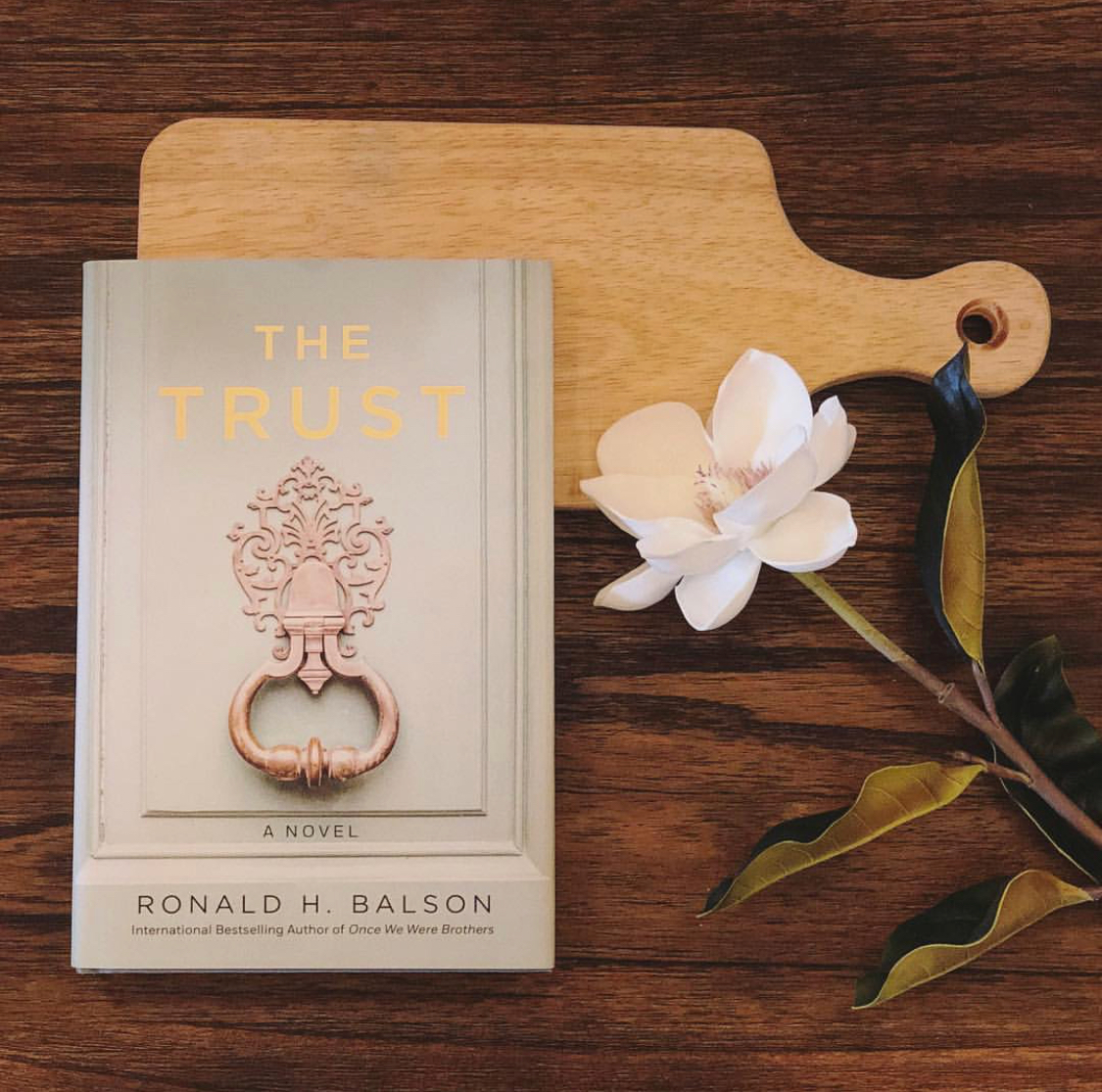 The Trust is one of the first books I read this year; back in February. I know you’re not supposed to judge a book by its cover; but let be real, we all do it. It was the combination of the sea-foam background with a stunningly delicate gold door knocker placed right in the middle of the frame that made me pick up this book. The cover art drew me in and the synopsis closed the deal. And so began the age-old question: Is the inside as beautiful as the out?

Liam Taggart is an Irish native living with his aunt, uncle and cousins during the time know as The Troubles. At this time, everyone in Ireland was on one side or the other; but Liam secretly picked a third. When his family found out he was using their connections to feed information to the CIA he moved to the United States – unable to repair the trust he had broken.

After nearly two decades of being estranged from his family, Liam receives a phone call from his cousin: his uncle has passed away. When Liam arrives back in Ireland, he learns that his uncle didn’t just pass, he was murdered; and he knew it was going to happen. His family is faced with another shocking twist when it’s announced that his estranged nephew has been left as the executor of his will, which includes a clause that nothing be disturbed until his murder has been caught. Liam begins receiving threats, his hotel room is ransacked, he’s left cryptic notes, and his wife and child are put in significant danger. With much of his family still outraged – he doesn’t know who he can trust.

The mystery aspect of this novel was executed perfectly. Every chapter left me utterly baffled and rethinking my theories of who was behind the murder. I kept asking myself: who could have had the power to threaten not only his family in Ireland, but his wife and child at home in Chicago as well? And why would they want to kill his uncle? This is one mystery that you won’t have figured out.

I do want to add that there was a point in the middle of the book where I felt the pace had slowed down a bit but it quickly picked back up and became even more exciting. I didn’t realize until long after reading this book that it is actually the fourth book in a series; so it is safe to say that it definitely can be read as a standalone.

The Trust is available for purchase through my Amazon storefront: The Trust

Have you read this book or plan on reading it? Let me know your thoughts in the comments!